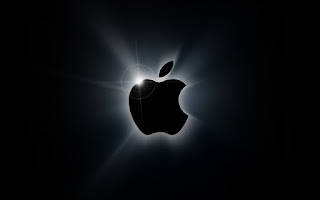 The Cupertino-based tech giant Apple is planning to bring its own 5G modem in iPhone models by the year 2022. According to a recent report from Fast Company, Apple is expected to launch its first iPhone model with a 5G modem by September 2020 with a Qualcomm chip inside. To seize control of its 5G technology as soon as possible, Apple bought Intel's modem business earlier this year to develop another piece of its hardware in-house without being dependent on partners.

According to the report, Apple's development of the next-gen modem is likely led by Esin Terzioglu, who worked as Qualcomm's vice president of engineering until he was hired by the iPhone maker in 2017.

“The SoC integration may not happen right away, my source says. Given the tight timeframe for delivering a modem in 2022, Apple may choose to make its first 5G modem a stand-alone chip, and then integrate it into an SoC the following year,” writes Fast Company's Mark Sullivan.

Apple had stopped working with the leading 5G modem provider, Qualcomm, because of a dispute over its licensing fees. However, the legal war between the two tech giants settled in April at an undisclosed amount.

As part of the settlement, Apple agreed to buy Qualcomm's 5G chips as well to use it as part of its 5G-enabled iPhone, which is scheduled for launch in 2020.

Luka Doncic grew up idolizing LeBron James, and now the young NBA prodigy has joined James in the record book. The Dallas Mavericks needed everything Doncic delivered in a sensational performance Monday night. Doncic scored a career-high 42 points to go with 12 assists and 11 rebounds as the Mavericks held off the skidding San Antonio Spurs 117-110. Doncic is the second-youngest player in NBA history to have a 40-point triple-double, after James. They are the only two players to record 40-point triple-doubles before turning 21. "It feels like every day there are stats you don't know about, stats that you read about," Doncic said. "It's great to hit." Dallas led wire to wire but had to fend off a late Spurs rally, with Doncic hitting a 3-pointer with 26.5 seconds to play that put Dallas up 115-110 after the Spurs rallied from 14 down at the start of the quarter. Doncic has an NBA-leading six triple-doubles in 13 games this season.